Improvisation and Song Bring All Ages Together in East Jefferson County, WA

At the Boiler Room youth-run coffeehouse, the Jefferson County YMCA, and the Chimacum YMCA, SW’s Judith-Kate Friedman and Keeth Monta Apgar arrived with guitar, ukulele, a basket of hand percussion instruments from around the world, and an invitation to discover, explore, and refine the musical possibilities inside all of us.

Musical Discovery at the YMCA

Five to Twelve year olds and staff at the North Olympic Peninsula YMCA’s Mountain View site (Port Townsend) and 3rd to 7th graders at the Chimacum “Y” took each other on musical journeys improvising in solos, duets, and trios. Some were improvising for the first time ever!

Listening and discovery games like “Where’s this sound from? Where is it going?” tuned our ears and imaginations as the group, with eyes closed, listened to different hand percussion instruments, describing the sensations that arose and using them to guess where the instrument came from. Curiosity energized cooperation and musical adventure. Literacy got a boost too as we riffed on the alphabet with Dr. Seuss and sang “It Makes Me Happy (Me Hace Alegre),” an SW song in English and Spanish.

[pullquote cite=”Judith-Kate Friedman, speaking about the MusicTeams” type=”left”]”We’ve all got musical intelligence. We’re here in a failure-free zone to see what we can do together!”[/pullquote]
Other highlights from the YMCA sessions included the groups finding an equilibrium between the raucous parades in and out of focus to the deep, quiet musical reflection and communication that allowed everyone’s voice to be heard, including students with special needs and divergent attention spans in whom we were able to witness the emergence of striking creativity and contribution to the group.
s

The 4-week series of workshops at the Boiler Room included breath and body warm-ups, vocal technique, rhythm, improvisation and music confidence-building games, “Music Lifelines™” story and song sharing, a blues jam and a good dose of conversation about the health and cognitive benefits of music-making. On average, 16 participants collaborated each week. Some came for the full session and others drifted in for coffee and a touch of song. During the third week, the cohesion of the group hit a high point as we turned to songwriting and, together, chose to build our song around the theme of ‘being seen for who one really is.’ Suddenly, the café clamor in the background receded, ushering in resounding focus as even the sideline observers were drawn towards group creation.

The series closed with celebration as the core group polished and performed their new song “In Another Universe” at the Boiler Room’s open mic on September 1st (video below).

Many thanks to the Port Townsend Arts Commission, the North Olympic Peninsula YMCA, the Jubilation Foundation’s Fellowship Award (a program of the Tides Foundation) and individual contributors to last Spring’s “MusicTeams™ Fund” campaign who together made the success of the Summer MusicTeams possible!

Starting this Fall and flowing into 2017, SW builds upon the successes of the Summer season by bringing what we’ve learned to the Port Townsend Schools with a grant from the Washington State Arts Commission (aka Arts WA).

The “Songwriting Works in the Port Townsend Schools” project will have at its heart the shared vision of Arts WA and partners to make meaningful music education available to all students, regardless of age, ability, background, or cognitive situation. SW’s facilitators and teachers will team up with Port Townsend School District educators and administrators to design and implement a curriculum through which students will experience SW’s 8 principles of creative expression, learn fun “science of music facts,” and, of course, create meaningful, community-building music together. And just like with the Summer MusicTeams, the project will culminate with public celebrations, featuring performances and testimonials from the collaborations!

Improvisation and Song Bring All Ages Together in East Jefferson County, WA 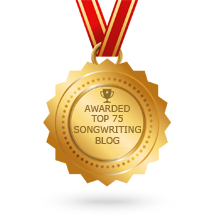